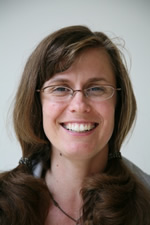 Existential psychotherapies is one of the “third force” psychologies that resulted from clinicians who felt frustrated with the behaviorist trend of the 30s and 40s, and the psychoanalytic trend of the first few decades of the 20th century. Clinicians who helped lay the foundation of existential psychotherapies were Rollo May, Irvin Yalom, James Bugental, Tom Greening, and Clark Moustakas. These clinicians were primarily concerned with treating clients with a certain level of dignity and respect that transcends the unfortunate pathologizing and dehumanization resulting from medical model treatment. Psychoanalysis, although relational, still placed the majority of power through knowledge of the psyche in the hands of the psychoanalyst, while the patient would free associate or engage the psychoanalyst with their habitual defensive behaviors (neuroses). Behaviorists, on the other hand, would help retrain patients with techniques such as systematic desensitization or operant conditioning. People were like computers designed to be reprogrammed, in essence. However, the forefathers of existential psychotherapy concerned themselves more with the underlying and universal themes of what it means to be human. Pathos was not viewed as “sick,” but rather as “suffering.” In essence, suffering and anxiety were framed to be an unavoidable aspect of the human condition, and the reasoning behind suffering was the focus, rather than the cause.

Some of the primary aspects of Existential – Depth/Existential-Integrative Psychotherapies are as follows:

1.)      The relationship between a client and their therapist is considered to be the primary healing factor in therapy, rather than specific treatment methods. In considering the client to be the source of knowledge of their own world and the therapist to be available as a guide into the unconscious, the power differential is more even. The therapist is aware that they bring their own struggles and challenges into the relationship, and is willing to evolve and share in this “journey into hell,” as Rollo May called it. Of course, the primary focus remains on the client, and yet there is an awareness that when the therapist enters into the inter-subjective world of the client, he or she will emerge with a greater consciousness.

2.)       Another aspect of existential psychotherapy is the belief that everything the client and therapist needs to know will manifest in the “here and now.” Our pasts help shape us, but cannot be changed. Our future aspirations or negative expectations may define us to some degree, but it is truly in having awareness in the present moment that we come to our greatest sense of empowerment. In this living moment, we can choose how and what we attend to, and it is in the present moment that we can build greater consciousness.

3.)     There is an emphasis on making the unconscious “conscious,” This is what brings the “depth” aspect into existential psychotherapy. Although the focus is not on analysis, existential psychotherapists are greatly informed by depth/transpersonal psychology and will engage in these concepts (e.g. – the symbolic, mythic, archetypal) to help clients make meaning of their circumstances.

4.)        There is a focus on the whole person in existential therapy, rather than just the cognitive or verbalized aspects of engagement and process. Depending on the person seeking therapy, the therapist may help a client engage more in their “felt sense” of an experience, rather than a purely language/story oriented process. Vice versa, a person who perhaps is very much in touch with a felt sense and yet struggles with organizing their world into a cohesive structure may be challenged to explore the meaning behind their emotions.

5.)      The existential psychotherapist typically brings focus to both the inner world and relational world of clients. James Bugental focused more on the intrapersonal (i.e. – inner, self defining and differentiating aspect of a person), and Irvin Yalom focused on the interpersonal (i.e. – outer, impact on others, relational aspect of a person). Both how a person is impacted and how they relate and impact others are considered to be of equal importance.

6.)       There are four basic themes that may be explored in existential psychotherapies. Those themes include but are not limited to: Life and death; meaning and absurdity; freedom and responsibility, and; isolation and community.

The “integrative” aspect of Existential – Integrative psychotherapies was coined by Dr. Kirk Schneider. Although the aforementioned foundational aspects of Existential psychotherapies remain as the primary tenants of efficacy, becoming integrative gives a therapist and client the freedom to explore and include other therapeutic techniques into their practice as necessary. For instance, if a person has experienced trauma, Steven Levine’s technique of Somatic Experiencing may be incorporated into the work. Another example is if a person tends to engage in repetitive, identifiable thought constructs that limit their sense of possibilities, Dr. Aaron Beck’s Cognitive Behavioral Therapy may be used to help clients explore different ways of thinking about themselves, others, and the world. This is just a small sample of numerous therapeutic concepts and skills that could assist an Existential – Integrative psychotherapist in guiding a client towards a better quality of life. From a less theoretical standpoint, integrative could mean a therapist’s collaboration with medical professionals or nutritionists to help a client achieve a healthy balance that promotes greater mental stability.

The historical roots of existential integrative psychotherapies are not solely in clinical theory. There is a strong philosophical and theological influence, including Soren Kierkegaard, Friedrich Nietzche, Martin Buber, Paul Tillich, Martin Heidegger, Merleau-Ponty, Albert Camus, and Jean Paul Sartre. Additionally, the great literary classics such as Dante’s Inferno, F. Scott Fitzgerald’s The Great Gatsby, and Virginia Woolf’s To the Lighthouse have all been influential as case studies of beyond the individual human being: rather, I would call these case studies of the human condition in its entirety. Any art form could be considered for its existential significance. Some examples that come to mind are Picasso’s Guernica, Wagner’s Ride of the Valkyries, Sylvia Plath’s I Am Vertical, or Federico Fellini’s La Strada. Each of these pieces are representative of the inter-subjective in that they are from the perspective of the artist, and yet in context to the era and circumstances in which they lived. Often times, these pieces have a greater impact on a spectator than to simply reflect in conversation on real events such as war, migration, interpersonal violence, and the desire to transcend one’s limited circumstances. An existential integrative psychotherapist may recommend that clients become familiar with artistic representations or philosophical perspectives that are resonant with their own internal experience, as these may be helpful supplements that are part of life outside the clinician’s office.

Dr. Benjamin Tong has maintained for many years a longstanding interest in mind-body health, cross-cultural studies and critical social inquiry.  One of the original group of faculty and students who shut down San Francisco State University in the late 1960s in order to demand creation of the first university-level ethnic studies program.

Assisting people to awaken inner potentials and become as conscious as possible in the here and now.